How To Become An Airline Pilot

Pilots are responsible for navigating and flying aircrafts such as airplanes and helicopters. Within the realm piloting, there are two types of pilots: commercial and airline pilots. Commercial pilots fly aircrafts for aerial photography, firefighting, rescue operations, and charter flights. Airplane pilots typically fly airplane that transports cargo or individuals with a rigid agenda.

Regardless of what or whom is being transported within an aircraft, it is the pilot’s responsibility to evaluate the condition of the aircraft, prior to and after, every air flight. It is the responsibility of the pilot to ensure that the aircraft’s fuel supplies is sufficient and weather conditions are satisfactory for flight.

The pilot must make sure the aircraft is balanced and that the weight of the aircraft is not at its maximum capacity. A pilot must submit their flight plans to the air traffic controller in order to arrive safely at their destination. The safety of the pilot as well as others on board is of the utmost importance when flying an aircraft. If you have a passion for aeronautics and aviation, you may want to explore the career of an aircraft pilot.

Why Become An Airline Pilot

As a pilot, you must be prepared for any unexpected events such as turbulence, engine failure, or damage in flight. It takes a unique, calm, and collected individual to become a pilot; it requires dedication, intense concentration, finesse, and communication to effectively fly an aircraft. It can be an incredibly invigorating and gratifying career for the proper individual!

The work environment of a pilot can vary from position to position. Airplane pilots are constantly flying at distances, which may cause jet lag, anxiety, or fatigue. A pilot must be able to work in tight quarters and be able to stay calm underneath pressure. Commercial pilots face many hazards depending on their position. If a commercial pilot is flying an aircraft for a rescue mission or firefighting, they could face obstacles such bad weather, poor visibility, and at risk to crash their aircraft. Hearing loss is one of the job hazards a pilot may face, due to long exposure to engine noise.

A pilot must have intense concentration to fly an aircraft, which can cause fatigue and stress. As a pilot, you must be able to adapt quickly to difficult situations and react in a calm manner. Due to these factors, federal law requires aircraft pilots to retire from flying at the age of 65. A pilot may fly all over the globe, causing irregular work schedules and time away from home.

Airplane pilots are to follow the strict regulations set by federal law; they have set minimum and maximum work hours each month. Additionally, airplane pilots fly up to seventy-five hours per month, depending on the situation and schedule. Commercial pilots have sporadic schedules, flying between thirty to ninety hours per month, depending on the specific situation.

The Occupational Employment and Wages Report of the Bureau of Labor Statistics of the US Department of Labor showed the mean annual wage in May 2012, of airline and commercial pilots, is $98,410. The mean annual wage varies due to experience and seniority of the aircraft pilot.

The career outlook for an airplane pilot looks to decline, with a projected decline of 7% from 2012 to 2022. The predicted decline is due to the thought that airline companies will begin to eliminate routes with low demand and decrease the number of daily flights.

With these practices of elimination and overall decreased number of lights, this will lower the total number of airplane pilot careers. The career outlook for a commercial pilot looks to expand as fast as other career areas, with a projected growth of 9% from 2012 to 2022. It is projected that commercial pilots will add career opportunities to several industries, such as agricultural, ambulance services, and support for air transportation. 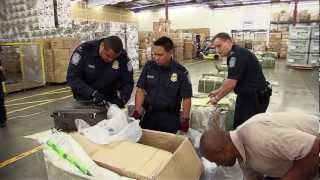 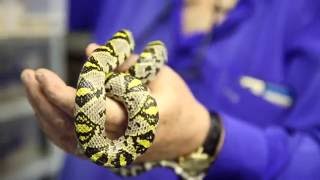