How To Become An Animator

Animators create animations and visual effects for the media industry. They can be found all across the media, including television, movies, video games and more. Most animators are self-employed, working as freelancers for short-term contracts on projects.

Why Become An Animator

Behind every television show, film, video game, and other source of media is an impressive team of people who collaborated to bring it to life. Animators are one part of this team of people. Animators use computer programs and illustrations to create animations.

Typically, an animator will specialize in a certain field. Some people for example, only want to animate video games. Even theme parks hire people to do animations for them. This is a career with many industry options.

Animators meet with clients, designers, directors and other staff to review the project and development time lines. They work with a team of animators to create the project as needed. They develop storyboards to help themselves map out the animation sequence. They use various specialty computer software programs. They edit animations and effects based on the needs of the project.

Animators should possess the following qualities and skills:

The vast majority of animators are freelancers, with 60 percent of animators being self-employed in 2016. This means that it is up to them to find work for hire, and negotiate rates with clients. Animators usually work on a contract, and once that contract work has been completed, they find other projects to work on.

Animators work in a studio with a computer and lots of specialized equipment. This work involves many hours inside of a studio, working on a project. Animators may need to work on weekends and nights to get a project ready by its deadline.

The median annual salary for animators was $70,500 in 2017, according to the United States Bureau of Labor Statistics. The salary may vary depending on what type of industry a person wishes to become employed in. A person who is involved in software publishing can earn $80,000 annually, on average.

Those who worked in animation for advertising and public relations made $67,000 annually in 2017. Because they are typically freelancers, animators are able to charge their own rates for the projects they work on. As usual, those with several years of experience and education will be in the position to receive a higher salary.

Stats were based out of 29,860 employed animators in the United States.

Employment for animators is expected to grow 8 percent in the United States, between the years 2016 and 2026. This will amount to approximately 6,000 new jobs being created in the field of animation during this 10 year time span. Studios will require animators for television, film, video games and more.

However, there is also intense competition as many studios have been saving money by using third-party contractors located outside of the United States. Animation is a field in which a person needs to have a robust portfolio as well as advanced, specialized skills in order to be considered for one of the few job opportunities available.

Most animators have at least a bachelor’s degree. An undergraduate degree in animation, computer design, fine art, graphic design, or a related field will be very useful in helping you jumpstart your career. During your program, you will be able to take classes where you will learn about animation. You will learn the technical skills necessary to become an animator.

You will work on animation projects and begin to build your portfolio. It takes four years to earn a bachelor’s degree. Also, it is very important that animators have a solid portfolio when they graduate, in order to find a job opportunity.

Animation: Students will learn key industry terminology. They will practice basic production procedures including breakdowns, in-betweens, and how keys. Students will have a combination of lectures and hands-on exercises. Students will explore their first animations, going from rough drafts to a polished drawing. Animation classes continue throughout the program, with students learning more advanced concepts as their courses continue.

Storyboarding: The storyboard is a blueprint, created at the beginning of the production process to visually display how the events will unfold in the project. It helps all members of the team understand the project better. In this class, students will learn to build a storyboard and how to apply it to the animation process.

Character Design: If you have ever watched an animated movie or television show, it is full of animated characters. It takes an entire team of animators to bring just one character to life. This course focuses on creating characters for an animation, including drawing, professional techniques, model sheets, proportions, character analysis, and character design.

There is a lot of competition inside the animation industry. In order to get even an entry-level position working as a freelancer, a person must have a strong portfolio that showcases their abilities. Once awarded a position, it is important to spend several years earning experience.

It can be difficult to advance in this industry because of the stiff competition for jobs, however positions are available for highly skilled workers.

Becoming an animator is a rewarding career choice. If you have thought about becoming an animator, you may also want to consider some other careers as well. Here is a list of a few great careers related to animators.

2D Animator: 2D animators draw and produce special effects using computer software. They make characters and backgrounds as well as develop storyboards for animation in two-dimensional space for use in television, movies, video games and others.

3D Animator: 3D animators create moving pictures utilizing digital models on the computer. They add in details such as clothing, skin color and landscapes. 3D animators work in a variety of fields such as: Film, Television and Video game production.

Graphic Designer: Graphic designers create graphics to help a business get their message across. They help design brochures, flyers, posters, and other visual needs for a business to help reach an audience.

Web Developer: Web developers design and create websites. They are responsible for the technical aspects of the site, such as what functions it will perform, programming everything properly, and maintaining the website. 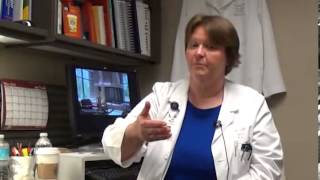 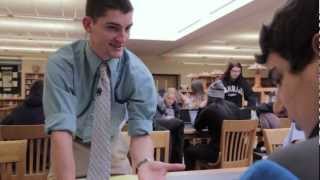 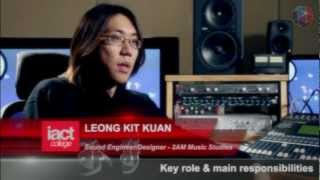