How To Become A Biologist

If you enjoy being around plants and animals and are truly fascinated with their inner workings and the world in which they live in, a career as a biologist would suit you very well. In this profession, you will have the chance to deepen your knowledge about their physical characteristics and behaviors. You will have the opportunity to study how they interact within their ecosystems and the impact their existence has on the human population.

Biology is also an extensive field that allows for a whole lot of variety of specializations. If you want to focus only on animals and other wildlife then you can go into zoology. You can become a crusader for the environment by becoming a conservation scientist. If you are interested in the underwater world, you can go into marine biology. There are countless other specializations in the medical field as well that allow you to discover new medicines and vaccinations.

As a biologist, you need to have a genuine love for animals as you will be surrounded by them in the performance of your duties. You also need to be a good observer and possess outstanding critical thinking and problem solving skills.

Why Become A Biologist

There are plenty of reasons to become a biologist if you are really inclined to work with life or want to be engaged in occupations that want to sustain life. As a biologist, you will be at the forefront of gathering research on the interaction of between animals and plants and the world which they live in to that of the human population.

In a world where finite resources are being used up more rapidly than they should be, you are placed in an important position to teach people the importance of conservation and the wise use of resources. As a biologist, you will have the flexibility to choose the environment you want to work in, making it a wide-reaching profession.

Biologists usually work full-time, with weekend and evening shifts sometimes required. You can teach in the classroom, develop new medical technologies in the laboratory, be on board a ship doing research or move among animals in the wild depending on your specialization. Field work is often a necessary part of the job and travel to different places may be necessary. There can be unexpected events in the field so as a biologist, you will have to be ready face challenging and sometimes dangerous conditions at all times.

A career as a biologist is suited for those who are enthralled with the study of all forms of life. Their skills and knowledge allow them to work with educational institutions, nonprofit organizations and government agencies. Although fieldwork can be physically demanding, biologists get the opportunity to conduct their own research on the topic they are interested in. Biologists earn decent incomes.

The salary of biologists depends on their field of specialization.

Stats were based out of 37,590 employed biologists in the United States.

A bachelor’s degree in biology or the field of specialization is the minimum requirement to become a biologist. Aspiring zoologists will need a bachelor’s degree in zoology while microbiologists will need to obtain one in microbiology. Biochemists and biophysicists can pursue undergraduate degrees in chemistry, physics or engineering but will need to get their master’s and doctoral degrees in biochemistry or biophysics. In order to advance in one’s career or be able to work in research and development positions independently, postgraduate degrees are a must. 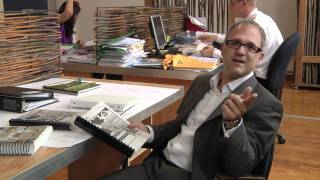 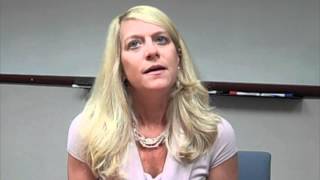