How To Become A CBP Officer

U.S. Customs and Border Protection (CBP) officer plays a role in keeping the borders of the United States of America safe and secure. They ensure that no terrorist and terrorist weapons are able to make its way to any part of this great country. As a CBP officer, you have the opportunity to work at various ports of entry in the country, screening passengers and cargo to ensure that no terrorist, illegal aliens, weapons and smuggled goods are able to enter the United States. Together with border patrol agents, air and marine interdiction agents, CBP agriculture specialists and others, CBP officers work in the frontline and serve mission critical roles.

As a CBP officer, you will be inspecting people who want to get into the United States. You will also be checking their luggage and goods. If you find that they are carrying illegal substances or prohibited items then you seize these and file the appropriate charges in court. You will also have the authority to prevent undocumented persons from entering U.S. soil.

In this career, you will be having a lot of interaction with travelers since you will be assigned in the over 300 seaports, land border crossings and international airports all over the country. As such, you play a very vital role in ensuring that customs and immigration laws of the country are followed. You will be the first bastion of defense in the quest to secure our borders against the trafficking of illegal drugs and dangerous weapons, smuggling and money laundering.

Depending on your area of interest and specialty, you could also work as a dog handler since the CBP also uses canines to sniff out drugs, bombs and other prohibited items that may have been included in the cargo or luggage. You could also work together with other federal agencies, like the Drug Enforcement Administration and the Federal Bureau of Investigation, in undertaking anti-terrorism activities. If you become part of the team that performs this work, you may need to travel abroad for short periods of time.

To succeed in this profession, you will need to be patient. Inspecting and interacting with different groups of individuals every day can be tiring but you need to possess a cool attitude and be level-headed in your dealings with them. You also need to possess rational judgment in your actions towards passengers. You also need to be very thorough in checking documents so that you can spot if they carry fake passports or don’t have the necessary documentation required to pass through our gates. Finally, you should also be observant in the actions and gestures of the travelers so that you will know if they are hiding something or not.

Why Become A CBP Officer

One reason to become a CBP officer is that it enables those who want a career in law enforcement to be at the forefront in protecting the country’s borders. The reality of terrorist activity, especially after the 9/11 attack, has made the United States realize the extensive damage in property and loss in human lives that terrorists can cause. For those who are dedicated in ensuring that Americans young and old do not suffer in the hands of terrorists, no other career could be more fulfilling than that of a CBP officer. Aside from stopping terrorists, CBP officers are also at the forefront of preventing illegal drugs from entering the country and thus playing a very important role in keeping Americans away from the drug scourge.

On the more practical side, becoming a CBP officer means job stability inasmuch as one is working for the federal government. It also has a host of other benefits in addition to the decent base pay that one can expect to receive.

CBP officers can expect to work in the over 300 ports of entry in the United States although entry-level officers aren’t accepted in all these areas. These ports of entry are located in 12 regions across the country. These are in the Southwest, Texas East, Northwest/Northern Border, West Coast, Midwest, Northeast, Central/East Coast, Southeast, Florida, Alaska, Hawaii and the Pacific (Guam and the Northern Mariana Islands).

The work schedule is typically fulltime but the nature of the work requires CBP officers to engage in shift work and overtime. The work environment can be challenging so they are required to be physically fit and healthy. The job can also be dangerous so CBP officers must constantly be active and alert in the face of possible threats.

The salary of CBP officers are determined by the Office of Personnel Management (OPM) following the General Schedule. Depending on his or her qualifications, an entry-level CBP officer can be hired at the GS-5 or GS-7 level although they can be promoted to the GS-11 schedule. The annual salary of a GS-5 is anywhere from $27,705 to $36,021 while that of a GS-7 is from $34,319 to $44,615. When they get promoted to GS-11, the salary can range from $50,790 to $66,027. This only covers the salary and does not include their overtime pay and other benefits.

The U.S. Bureau of Labor Statistics does not have any job employment rate specifically for CBP officers. However, the statement of National President Colleen M. Kelley of the National Treasury Employees Union (NTEU) representing more than 24,000 CBP officers and trade enforcement specialists which was given before the Subcommittee on Homeland Security House Appropriations Committee on April 2, 2014 revealed that there is a plan to increase the number of new CBP officers. NTEU gave its support for the FY 2014 Omnibus bill that gave funding for the hiring of 2,000 new CBP officers before the end of FY 2015. While no solid projections can be found after 2015, the thrust of the government to protect the country’s borders from terrorism could potentially lead to good job prospects for aspiring CBP officers in the coming years.

Aspiring CBP officers who want to qualify for the GS-5 level position need to hold a bachelor’s degree in any field. For the GS-7 level, at least one full academic year of postgraduate education is sufficient. However, applicants for the CBP officer position can also qualify using experience or a combination of experience and education if they have not obtained their bachelor’s degree yet. In addition to education, CBP officers also need to meet other minimum qualifications before being considered for employment. This includes U.S. citizenship, age and physical fitness requirements and background investigations.

After successfully hurdling the pre-employment stage, the new CBP officer is hired conditionally upon finishing paid training at the U.S. Customs and Border Protection Academy in Glynco, Georgia. The new hire must complete the training in 15 weeks. For those who are chosen to work in ports of entry in the Southwest Border, the training could be extended to six more weeks for Spanish language training. However, if the CBP officer already knows Spanish and can prove this by passing the Spanish language proficiency test then the additional six weeks of training will not anymore be necessary. 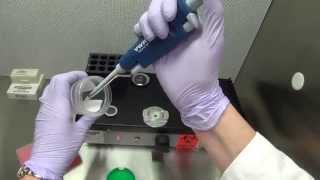 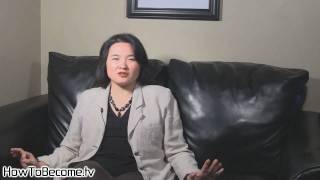 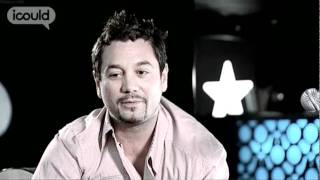