How To Become A Costume Designer

A costume designer design costumes that will be worn by actors and actresses in movies and theatrical productions. You will be responsible for allowing the performers of a film or play to make a strong and immediate impact to the audience through the costumes that they are wearing.

While you are not going to be performing on stage, one of the first tasks that you need to accomplish as a costume designer is to read the script. This will provide you with most of the information you need regarding what time period the play is set in, who the characters are and what their ages and genders are, among others. You will also be meeting with the director and the rest of the design team to provide them with rough sketches of your idea for the costumes—their colors, designs and accessories needed—so that they will also be able to take this into consideration when they design the set and come up with the lighting and sound effects.

A crucial part of the work of costume designers, especially in theatrical productions, is coming up with a costume plot. This is essentially a chart that shows what the characters will be wearing in each scene. A costume plot will be necessary because it will help identify the costume needs of each character for each scene while determining if there will be wardrobe difficulties in certain scenes, such as when a character needs to change from one costume to another in just a matter of seconds. The director will first need to approve the final costume designs before you are given the go-signal to get the actors’ measurements, shop for fabrics and actually make each costume.

To succeed in this profession, it’s a given that you need to be artistic. You need to be able to express your idea through illustrations you do by hand or with the help of a computer program. You also need to be comfortable with doing research, especially on period costumes, since your role is to make a production look as authentic as possible. You also need to possess an eye for detail since costumes are necessary in supporting the mood and style of the entire production. Finally, you also need to know how to maximize the funds given for each project without sacrificing quality as it is also part of your job to stay within the budget for the costumes you make for a production.

Why Become A Costume Designer

Not everyone has the skill or patience to become a costume designer because it’s profession that does not only require innate creativity but a lot of time investment and dedication. For those who love everything about clothes—from their history to the technical aspects of production to finally coming up with the finished garment—a career as a costume designer is one way to showcase one’s creativity. It also makes one a part of a greater endeavor. When a film attains blockbuster status or a theatrical production receives critical acclaim, costume designers know that they are part of its success.

The potentially lucrative income that one can make as a costume designer is also another motivation to get into this career. While entry-level designers will have to start at the low-end of the scale, it is not impossible for experienced and reputable designers to make a six-figure annual salary in this career.

Costume designers typically start their careers in small university theaters and regional theaters. As they get more experience, they can find employment in larger theaters, major stage productions and film and television outfits. Work hours are often long because they are involved in every step of the production from the time the script comes out to the brainstorming sessions with the directors and other members of the design team to the fittings to the buying of the garments to the sewing and crafting of each costume.

The salary is not the main motivation for one to work in this career since entry-level jobs don’t pay a lot. The potential to earn more exists as you gain more experience.

Stats were based out of 6,430 employed costume designers in the United States.

The job outlook of fashion designers, where costume designers are categorized under, is not at all rosy. The U.S. Bureau of Labor Statistics revealed that in the decade covering 2012 to 2022, the employment rate for this profession is set to decrease three percent. The reason for the decline is the fact that clothes continue to be produced in other parts of the world.

Competition for available jobs will be fierce, with those who have industry experience, strong portfolios and a formal education having an edge over others. Cities like New York where theatrical productions are alive and well-received will provide more employment opportunities for costume designers.

Costume designers typically enter the field with a bachelor’s degree in fashion design, fashion merchandising or related field. These programs teach students about fabrics, textiles and software programs like computer-aided design that would help them in the profession.

These also provide activities that would enable aspiring costume designers to develop their portfolios which is the first thing that employers ask for to determine an individual’s talent and skill. Fashion programs also give students a hands-on experience of the fashion industry through internship programs. Art and design programs are offered in any of the 300 postsecondary institutions that are accredited by the National Association of Schools of Art and Design. 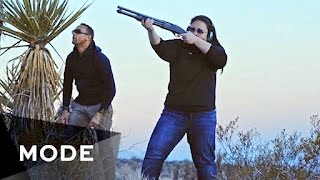 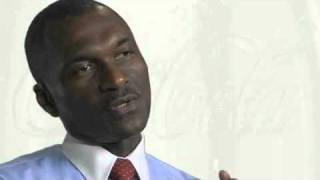 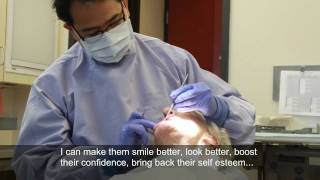