How To Become An Explosives Worker

If you want a career that allows you to work with explosives, you can consider being an explosives worker. In this occupation, you will use explosives to demolish buildings and other structures or to release earth, rock and other materials. To prepare yourself for the task, you need to look at the area scheduled to be blown up so you can determine what kinds of explosives to be used and what charges are needed. You also need to check what safety laws must be observed in order to carry out the blasting process without any hitches.

Part of your responsibility will be surrounding the blast area with safety cones to signify to other workers of the danger. You will also see to it that other workers have cleared the sites completely before the detonation is carried out. So that the sequences of the explosions will be timed correctly, you will be tying specific lengths of delaying fuses into set patterns. The explosive charges are then placed in predetermined spots. You will then put dynamite, black powder and other explosives into the holes before putting in drill cuttings, putting water and tamping it in order to compact the charges. Part of your job is seeing to it that the explosives don’t go off prematurely and cause injury to workers and others who are still on the site.

To be able to carry out your job, you will be using cargo trucks, detonators, remote blasting systems and blasting machines, grab hooks and voltage meters. You also need to be knowledgeable about sophisticated technology like analytical or scientific software for blasters, computer aided design software, Global Positioning System software and spreadsheet and word processing software.

This work requires you to have a steady hand, manual and finger dexterity and have the ability to see things at close range. You also need to possess critical thinking and problem solving skills in case the entire operation runs into problems. You also need to be watchful as you will have to ensure that the gauges and dials are working as they should. You also need to have the presence of mind to act quickly in the event that something goes wrong. Because you will be handling very dangerous materials in this profession, you need to develop the trait known as problem sensitivity. This is the ability to tell when something is wrong or is about to go wrong and can thus proceed with caution.

Why Become An Explosives Worker

One reason to become an explosives worker is that it allows you to use explosives for something that is beneficial. Explosives workers are called upon to demolish buildings that are already hazardous because they might collapse any time. They are also employed in the mining, oil and gas industries where they are integral in facilitating new discoveries. Another reason to become an explosives worker is that it gives you the chance to work in a job right after high school. It also provides decent pay. For those who don’t like to be cooped up in the office, this job is one of the most ideal careers to have.

Explosives workers can work in the mining, quarrying and oil and gas extraction industries. They may also be employed with government agencies. They can work in construction sites and in other areas where infrastructures are set to be demolished. The job can be dangerous as it entails using dangerous explosives. However, this can be mitigated with the use of protective equipment and following established safety procedures.

Those working in quarrying, mining and oil sites may have to travel and be away from home for long periods at a time as the sites are typically found in remote areas. Oil well shooters, for example, may have to live for months at a time in an oil rig located on water. Meanwhile, seismograph shooters or explosives workers that set up underground sensors that aid in the detection of earthquakes may have to go to the wilderness to do their job.

However, there are explosives workers that also work in the laboratory. Their work is confined to developing new explosives that can be used in demolishing buildings or in mining operations.

The Occupational Employment and Wages report of the US Bureau of Labor Statistics revealed that in May 2013, the mean annual wage of explosives workers, ordnance handling experts and blasters is $50,310. This is higher than the $46,060 received by earth drillers.

Stats were based out of 5,850 employed explosives workers in the United States.

The Occupational Employment and Wages report of the US Bureau of Labor Statistics projected that in the ten-year period covering 2012 to 2022, the employment rate of explosives workers, ordnance handling experts and blasters is set to grow 5.2 percent. This rate is slower than the average for all job types. Thus, from the 6,500 workers employed in 2012, the number is expected to increase to 6,900 in 2022.

Most explosives workers enter the job only with a high school degree. However, they must know the kind of explosives they are handling so that they can handle and keep them safe. This kind of knowledge can also be obtained in the job.

However, many explosives workers have an engineering or chemistry background. One example where a bachelor’s and advanced degree in engineering, materials science or related course would be necessary would be in doing demolition work. Before a structure can be collapsed safely, the explosives worker must have an extensive understanding of the dynamics at work as well as the type of explosives that will be used to carry out the job. They must have the knowledge to get together data from different sources in order to make the necessary preparations and ensure that the demolition work will be carried out as safely as possible. They should also be able to carry out quick and precise evaluations of the site to be demolished and assess if it follows safety set safety standards. 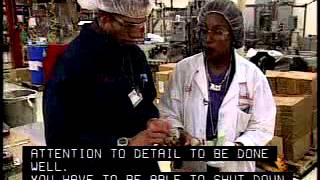 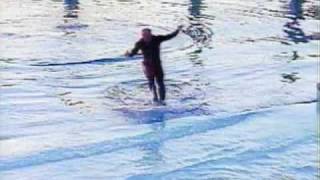