How To Become A Firefighter

If you see yourself in a career that gives you the chance to keep fires under control then you can consider a career as a firefighter. But let’s get this straight: Putting out fires is not going to be the only thing that you will be doing. Firefighters work to protect lives of people. They also help serve their community. As you may have realized, fires don’t happen on a regular basis so that leaves a lot of time in your hands. You may think that firefighters just lounge around when there are no calls, you are mistaken.

You will respond to emergencies where people are on the brink of life and death. You might also have to provide first aid treatment. Firefighters transport injured people to the nearest healthcare facility to get further treatment.

When responding to fires, you can expect to drive a fire truck to the scene. Using water hoses, pumps and fire extinguishers, you will help put out fires in buildings, homes and other structure fires. If there are people or animals trapped inside burning buildings, it is part of your job to rescue them. You are also expected to provide first aid treatment and transport the sick and injured to the nearest hospital. You stay at the scene for as long as the event is taking place. Afterwards, you and your team conduct investigations to determine what caused the fire. Firefighters write a written report of the matter afterwards.

When you are not responding to an emergency, Firefighters help the community. They inspect and test their equipment. You also conduct fire safety inspections on buildings and homes. In order to stay ready and active at any time, you also join the practice drills held by the department. They go to schools and other places within the community and educate people on fire safety.

Some firefighters are trained to do a particular task. For instance, forest firefighters put out fires using heavy equipment and water hoses. To prevent forest or bush fires from spreading, they also create fire lines in the forests. Fire lines, also referred to as fire breaks, refer to a gap in vegetation that would deprive the fire of fuel to stop its spread. Highly-trained forest firefighters (known as smoke jumpers) get dropped by a plane. They land in areas via parachutes that are not anymore accessible by land. There are firefighters (known as HazMat) who are trained to work with hazardous materials. They are dispatched when there are oil spills and chemical disasters.

Being a firefighter requires real courage. Going inside burning buildings and rescuing people trapped inside can be a scary thought. You should be in great physical shape as you will be carrying heavy equipment, moving debris and carrying victims who need rescued. You need to be able to think and decide quickly under pressure as your decisions could save lives.

Why Become A Firefighter

Nothing is as fulfilling as a career that enables you to save people’s lives. You are part of that group of people who risk their own safety to rescue others. Another reason is the high respect and esteem given to firefighters. They are regarded as heroes since they are the first on the scene when disaster strikes.

Firefighters are our modern day heroes. They don’t just put out fires, they also respond to emergency situations and save those who are placed at rather precarious situations. Although the pay is decent, some would argue that it isn’t enough compared to what firefighters have to go through to put fires out and the danger they put themselves in when they have to go into a burning building just to be able to save lives.

For those who are dedicated to a firefighting career, the dangers and mediocre pay don’t really matter. For them, the chance to help others supersedes everything else.

According to the US Bureau of Labor Statistics, 91 percent of firefighters worked for the local government in 2012. Other firefighters were employed by federal and state government. While a few were hired by industrial sites such as chemical plants and even in airports.

The 2017 Occupational Employment and Wages report of the US Bureau of Labor Statistics revealed that the mean annual wage of firefighters is $46,870. The agency reported that the lowest paid firefighters got $22,030 while the highest paid received over $79,150. Most Firefighters below to a union.

Stats were based out of 319,860 employed firefighters in the United States.

The US Bureau of Labor Statistics revealed that the job outlook of firefighters is expected to be slower than the average for all occupations. Rising only 7 percent in the ten-year period covering 2012 to 2022. Demand will come from the increasing elderly population. They are more prone to medical emergencies that firefighters also respond to. Competition for firefight jobs is strong. Priority will be given to those who obtain post-secondary firefighter education.

A high school diploma is required to apply for firefighter positions. Passing an emergency medical technician (EMT) exam is strongly preferred. Applicants should still pass physical exams, written test and pass interviews. Formal and extensive training will be given to newly-hired firefighters. This training is classroom instruction and practical training. You will be taught how to use standard firefighting equipment and what to do in emergency situations.

In some states and fire departments, it’s not enough to be certified as an EMT-Basic. They want their firefighters to be certified as EMT-Paramedic. This means you will need to complete additional training. You might have to attend a program and passing a national test. With enough experience, firefighters advance to become fire inspectors or investigators. Firefighters holding a bachelor’s degree can get certification as Executive Fire Officer from the National Fire Academy. 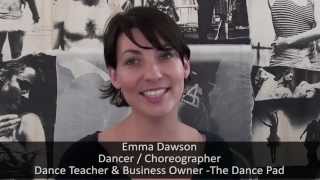 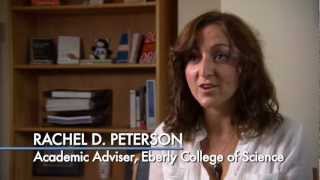