How To Become A Foreign Affairs Analyst

If you find the political, economic and diplomatic interaction between two countries fascinating, a career as a foreign affairs analyst could be right up your alley. In this role, you will have the chance to advise government officials and organizations on economic, political, foreign policy and military issues. You will be responsible for keeping yourself updated on international activities and developments so you can assist in the policy-making initiatives of the government.

As a foreign affairs analyst, you need have a keen interest in international relations. You also need to closely follow the events in the global scene so you can do your job well. You also need to know how to synthesize information and analyze them. In addition, you must also possess critical thinking skills as well as have the intellectual curiosity to follow through with a story or problem that you first observe. Since you will be writing a lot of reports and papers, excellent writing skills are a must.

Why Become A Foreign Affairs Analyst

A career as a foreign affairs analyst is fulfilling for those who truly have a passion for international relations. The opportunity to provide much needed information on foreign policy, global business issues, international economics, terrorism and trade to the government and other organizations is challenging but very satisfying for those who are deeply interested in this kind of work. Playing a role in the development of foreign policy that could potentially affect a lot of people worldwide is definitely a goal worth striving for. Because majority of foreign affairs analysts work with the federal government, it is also a stable job that pays well and provides a lot of benefits.

Foreign affairs analysts typically work fulltime for agencies of the federal government like the Central Intelligence Agency, State and Defense Departments or the US Agency for International Development. In the private sector, television and other media outlets, foundations, universities or political organizations that focus on foreign policy also hire foreign affairs analysts. They may work long hours in order to meet report deadlines.

The US Bureau of Labor Statistics does not have official figures for the employment outlook of foreign affairs analysts. However, the demand for this profession is expected to grow because of globalization and the increasing interconnectedness of the various countries of the world. The job outlook for political scientists, a career that is closely related to that of foreign affairs analysts, supports this. According to the Bureau of Labor Statistics, the employment rate of political scientists from 2012 to 2022 is expected to grow 21 percent, a rate that is faster than the average for all occupations.

Foreign affairs analysts typically hold a bachelor’s degree in international relations, political science, history or economics. Advanced positions normally require postgraduate degrees. Doctoral degrees are usually needed for those who want to showcase an expertise in a particular geographic region. Studying and being fluent in one or two foreign languages is also recommended. Many students actually devote time studying abroad in the country or region they want to focus in so they can learn about its culture, socio-political and economic developments, practices and beliefs more extensively. 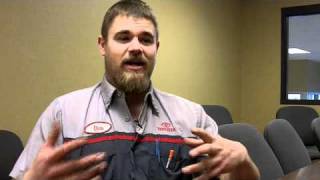