How To Become A Forensic Biologist

As a forensic biologist, you will use your love of science to help solve crimes. You will be responsible for collecting evidence and putting it all together like a puzzle, to help understand what went on at a crime scene. Your findings will be used in a court of law. If you want to become a forensic biologist, it is recommended to receive a master’s degree.

Why Become A Forensic Biologist

Forensic biology is where biology and law enforcement intersect. Forensic biologists use their scientific knowledge to help solve crimes and mysteries. They are knowledgeable and rely heavily on the latest technology and equipment in helping them with their forensics. Forensic biologists use their knowledge and skill to prove that a suspect was at a crime scene; that a certain weapon was used at a crime scene; they can identify illegal products such as drugs; they can use testing to identify the remains of a human body; and more.

Forensic biologists have a wide range of duties. They must travel out to a crime scene. When at a crime scene, they wear a protective uniform and collect evidence. Evidence collected may include blood, saliva, and hair samples, human remains, weapons, or anything else necessary for solving the crime. They may take photographs of the crime scene, or use a drawing pad to take sketches of what they see. Preserving evidence is very important, so forensic biologists are careful not to tamper with the crime scene. At the crime laboratory or police unit, they analyze their evidence further. They perform tests.

The findings are used within a court of law. Some findings used to prosecute, while other findings may be used to acquit. A forensic biologist must be accurate in their findings, because this may lead to the prosecution of a person.

Forensic Biologist should possess the following qualities and skills:

State and local governments are the largest employers of forensic biologists. This includes police departments, crime labs, coroner offices, and morgues. Some work on the federal level, as federal agents or with the Federal Bureau of Investigation (FBI). Forensic biologists work on these teams, acquiring evidence needed for prosecution and defense. There is often just one forensic biologist working for a law enforcement team, so forensic biologists may have to cover a large territory. This may mean traveling throughout a large area, including different cities, counties, or possibly even states.

There are many factors to be taken into consideration when determining salary for a forensic biologist. Because most forensic biologists are employed by local and state governments, the salary is usually budgeted. There may not be much availability for negotiation, bonuses or promotions. Forensic biologists may receive a higher salary in larger, more metropolitan areas, where there are larger police forces and also more crimes. If a criminal biologist has more extensive work experience, they may receive a higher salary.

Employment for forensic biologists is expected to grow by 27 percent from 2014 to 2024, which is much faster than other occupations within the United States.

Computers and technology continue to be updated and constantly changing. These advances in technology are very useful in science professions such as biology. The new tools and technologies that are discovered can be used in forensic biology to provide even more accurate insights into crime scene investigation. Equipment can be used to explore crime scenes and evidence. Forensic biologists are of great value, because they can use their scientific knowledge to help understand what happened and help solve a case. More law enforcement teams are employing them because of their usefulness.

If you would like to become a forensic biologist, read on for more information.

Step 1: Undergraduate education. A bachelor’s degree is necessary to become a forensic biologist. In college it is important that you take classes in the natural sciences such as biology, chemistry and physics. You can enroll in a program such as forensics, criminal justice, chemistry, environmental science, or a related program. Any of these programs will help you build a strong background for this career path.

Step 2: Graduate education. A master’s degree is strongly encouraged for this career choice. Many people who are forensic biologists have gone on to receive their master’s degrees. Getting a master’s degree will open you up to more career opportunities. Research universities that are well known for their programs in forensic science, apply and enroll. During this program you will participate in more advanced coursework. You will also be able to participate in live field work and crime scene investigations. 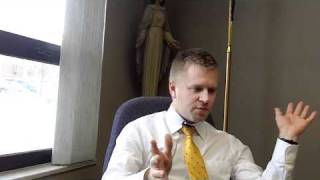 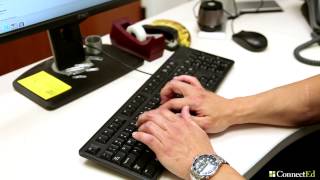