How To Become A Journalist

If you are inquisitive and have what is known in the journalism parlance as the “nose for news” then you can consider a career as a journalist. In this profession, you will get the chance to pursue a news story and discover the truth. You will be interviewing regular people who make the news as well as the so-called movers and shakers who are part and parcel of the political, economic and social life of the nation and the world. You will be attending press conferences and covering events that will become part of the history of the city or country where you live and work in. Of course, the final output of your endeavors will be to write down the news story for publication in a newspaper, magazine or online news website.

Although having an excellent command of the English language is a must, it’s not the only requirement for one to become a journalist. You must have an inquisitive and inquiring mind and the physical and mental stamina to actually pursue news stories. You must also be able to produce accurate and timely new even under pressure.

Why Become A Journalist

Not everyone is cut out to become a journalist. This is the career for those who find satisfaction in covering current events and being at the forefront of breaking news stories. Public service is also another reason to become a journalist. When there are controversial news stories, journalists find fulfillment in reporting stories correctly. Journalists also have a sense of pride knowing that the news they unearth can help the underprivileged and underrepresented in society and aid in the investigation and even resolution of certain cases.

Journalists work for news organizations, particularly newspaper and magazine publications. They may also work for online news sites. Although they usually work fulltime, overtime is common as is weekend and evening work. This is because the nature of the work of a journalist is unpredictable, requiring them to be present when new developments break out. Pressure is also high to be the first journalist to report breaking news. Travel may be necessary. When they are not in the field, however, journalists can be found in their offices typing their stories or conferring with their editors.

The May 2013 Occupational Employment and Wages report of the US Bureau of Labor Statistics revealed that reporters and correspondents received mean annual wages of $44,360 or a median wage of $17.11 per hour. This is significantly lower than $84,710 received by broadcast news analysts.

As the world goes digital and people begin to rely more on computers and mobile devices for information, the employment rate for journalists is expected to drop in the next few years. The Bureau of Labor Statistics forecasted that from 2012 and 2022, the employment of reporters, correspondents and broadcast news analysts is set to experience a 13 percent decline. Newspapers and print media publications have to deal with lower revenues as their readership declines. Mergers and acquisitions and content-sharing agreements may add to the lessened demand for journalists in the coming decade. As such, competition for jobs is going to be fierce. Those with experience in the field or have knowledge of multimedia journalism are going to have an edge.

Journalists hold a bachelor’s degree in journalism or communications. These courses have classes in journalistic ethics, research and how to conduct interviews. There are news outfits that employ those with degrees in English, political science and other subjects as journalists need to be well-rounded. Being involved in the school newspaper and working as interns in news organizations can improve job prospects. 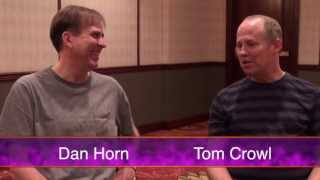 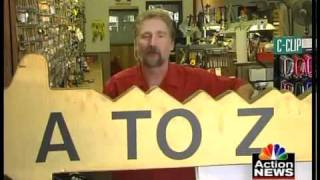