How To Become A Mathematician

Mathematician is an occupation which can involve exploring mathematical theory or applying that theory to practical applications in engineering, physics, and other fields. Mathematicians are able to apply their special skills to understanding and solving industry, business and government problems. It is a highly abstract field which calls for a high degree of logic and creativity.

Why Become A Mathematician

The best reason to become a mathematician is because you love math. Mathematics is generally considered a more challenging field than most, and calls for highly technical knowledge in an abstract field. Without a real love for mathematics, it would be difficult to excel in a career in math. If you enjoy science and engineering, that is a plus, since there are many more opportunities to make good money in the field of practical application. If however you enjoy the theory more than the application, you may want to become a postsecondary instructor. Your university may be able to provide funding for your continuing research in the field of mathematics.

The common perception is that obtaining a degree in mathematics is best left to the geeks and geniuses of the classroom. But if the average students would only take a look at how much mathematicians are earning, they’d probably want to strive harder to love math and actually make a career out of it.

Most mathematicians work either in schools (secondary or postsecondary) or in federal government positions, or at engineering and scientific research firms. Many jobs are available for mathematicians in the defense industry and other engineering fields.

Mathematicians, especially those who work for scientific research and development services industry, manufacturing and the federal government are paid six-figure salaries annually. There are also bound to be more opportunities in the field in the next few years making it a very promising profession for those who are mathematically inclined.

The median annual salary for mathematicians in 2010 according to the Bureau of Labor Statistics (BLS) was $99,380 per year, or $47.78 per hour. The highest salaries are earned by mathematicians who work in scientific research and development services, where the median pay is $108,230 per year. Other high-paying jobs are available in the federal government and in management and technical consulting firms. The lowest median salary listed is $62,010, which is the average made by mathematicians teaching in colleges and universities. Mathematicians who work in secondary schools may earn a good deal less than this.

Stats were based out of 2,730 employed mathematicians in the United States.

Jobs in the field of mathematics are growing at a rate of 16%, which is about as fast as average. Note however that there are not that many mathematicians actually actively employed in the US, so this growth rate only represents about 500 new job openings. Mathematics is not quite as competitive a field as many others, however, since far fewer people major in mathematics than in most other fields. As such, if you earn a high enough degree and make the right connections, you may still find ample opportunity in the field. Before you decide to embark on a mathematics career, you should have a clear career objective. Otherwise there is a good chance you will end up teaching secondary school and earning a very low salary. You will also not receive research opportunities in this position.

Most mathematics jobs are open to candidates with master’s degrees. That includes teaching jobs in postsecondary schools. With a bachelor’s degree, not as many opportunities will be open to you, and you will probably not be competitive enough to get a high paying job with real research opportunities. So if you decide to go into mathematics, you should probably be planning from the onset to earn a master’s degree. 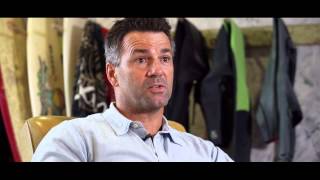 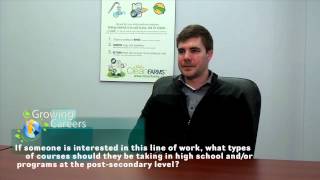