How To Become A Music Producer

A music producer oversees the entire music creation process. Like that of a film director who takes care of coming up with a movie, your role will encompass a wide variety of responsibilities related to producing music that people will listen to.

For starters, you play a hand in ensuring that the song is going to be patronized by listeners. This can include writing the song itself or re-arranging an existing song so that it would be well-accepted by the intended audience. This is the job for composers but music producers ultimately choose the song because they have the uncanny ability to select which songs are going to be a hit. Thus, if a composer presents a song that the producer believes will top the chart then he proceeds with his other responsibilities. If not, he will have to work on the song first or go back to square one and find another song to produce.

The music producer is also responsible for mixing it and making sure that it sounds the way hit records of a particular genre are supposed to sound. However, coming up with the song is just the first step. You will have to choose the artist who will sing the song, the band who will play the instruments and the record label who will carry the song.

Music producers should also have an intimate knowledge about singing because they might have to intervene and give artists pointers when they are not hitting the notes right or when they are not giving the right emotion for a song during recording. They may also work with engineers in ensuring that the audio comes out as desired. This requires them to possess the same level (or higher) technical knowledge as that of studio sound engineers. After the recording, producers may also have to play a role in editing the music so that it comes out the way they had envisioned it should.

The work of music producers may also include making sure that the budget for the entire production is met. Thus, they will have to stay on top of the finances for the entire music creation process. They will also have to play a role in the packaging and marketing of the artist’s album after all the songs have been recorded.

To succeed in this profession, the music producer must have a keen ear for songs that don’t only sound good but will be a hit with its intended target market. In addition, you must have musical talent as well as technical skills to produce songs. You also need to be able to work well with everyone involved in the creative process of making music—from the artists to the sound engineers to record label executives. You also need to have the skills to promote and market the songs that you produce.

Why Become A Music Producer

One reason to pursue a career as a music producer is because of your love for the music industry. From just being a singer or songwriter or someone who has a deep passion for music, foraying into music production enables to oversee the entire creative process—from the crafting of the song to the recording to the distribution of the record. Nothing is also more fulfilling than knowing that you were behind the production of a hit that has topped record charts.

Another reason why you should strive to become a music producer is that it gives you the opportunity to earn more, especially if you happen to produce a chart-topping hit. If meeting with other celebrities and singers is something you’d like to do, this profession also gives you plenty of opportunities to do so.

Majority of music producers work in recording studios, record labels and concert halls as in-house producers. A good number of them also prefer to be self-employed, representing artists and looking for a studio that will carry their label. Music producers work with artists during regular business hours as the latter records songs in the studio. However, they may also go with them during their concerts or other performances which often takes place in the evenings, weekends or even on special occasions. Self-employed producers may also do independent consulting work related to recording and the music industry. Places with good work opportunities for music producers include Los Angeles, New York City, Nashville and Chicago.

The U.S. Bureau of Labor Statistics does not gather the job outlook data specifically for music producers. It does have the employment rate projections for the more general category of producers and directors. For 2012 to 2022, the job outlook is expected to be slower than the average at three percent. The related occupations of music directors and composers are also expected to be slower than the average at five percent. While there will continue to be demand as people continually seek to listen to new music, competition for jobs is going to be tough, with those that have experience working in the music industry having the best prospects.

Although there are no formal education requirements for music producers, it is an advantage to hold a degree related to music. It is also beneficial for them to know how studio recording equipment and sound engineering works. Since the job entails promoting the song to record labels and ultimately, to listeners, a background in business and marketing would also help.

Another mode of entry to this profession is through mentorship programs. In these programs, one learns the ins-and-outs of the profession by working with real music professionals on the job. The experience is practical and hands-on. 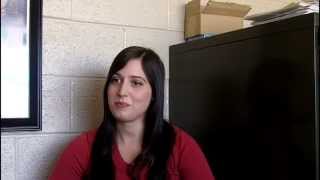 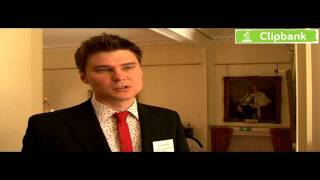 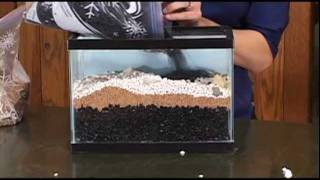