How To Become A Newscaster

A newscaster delivers the news over radio or television channels. You could find yourself doing a live broadcast, especially if there are breaking news events, or you could be recording a news story which will be aired later in the day.

As a newscaster, you will have to search for resource persons to give you the details to complete your news story. You will ask them if they would be amenable to doing an interview with you on camera for your story. In addition to conducting interviews, you will also be undertaking research about your story by scouring through public documents, going online and visiting pertinent offices to get the information and data you need. This is why it’s also part of your job to establish contacts and nurture good relationships with people in different industries, agencies and offices.

Newscasters have to be ready any time to cover important events as they unfold. You need to be quick on your feet and be able to go to locations where newsworthy events are happening. Whether these events are riots, civil disturbances, accidents or press conferences, you need to be ready to go to them any time. You must be able to deliver the news and interview people live if at all possible. You should also be ready to record your news so it can be replayed in a later newscast if broadcasting it live isn’t yet possible. Although you may specialize in particular beats, such as sports, the economy or international events, you should still be ready to cover any event if called upon to do so.

To succeed as a newscaster, you should possess not only excellent communication skills but writing skills as well. This is because you must prepare your news report before going on air. You must also have what is known in journalism as a “nose for news” and be able to sniff out a story based only on bits and pieces of information given to you.

You should also have excellent interpersonal skills since you need to establish good rapport with news sources and their colleagues in the news media. Since getting the facts of many controversial news stories can often be difficult and finding sources to interview can prove to be a challenge, you must remain persistent if you want to really get your story.

Why Become A Newscaster

A career as a newscaster is ideal for those who have a passion for current events and have always dreamed of working in radio and television. This is also for those who want to carve a name for themselves in the broadcast industry since experienced newscasters eventually become news anchors and even become news directors in a news organization. Newscasters may even get to host their own show and get to influence and shape public opinion.

Newscasters work with radio and television industries. While they may spend some time in the office to attend meetings with their editors, many newscasters spend their time on the field covering news stories and writing their reports even while on the go. They may be sent to different parts of the country or abroad at a moment’s notice so constant travel is a reality in this job. Since newsworthy events can happen any time, newscasters can expect to work in the middle of the night, weekends or holidays to cover a story. The job can be very stressful and sometimes, even dangerous.

The U.S. Bureau of Labor Statistics has projected a decline for this occupation. The agency revealed that in the decade covering 2012 to 2022, the job outlook for reporters, correspondents and broadcast news analysts in general is set to decline 13 percent. Reporters and correspondents will be hardest hit with a decline of 13 percent while the employment rate of broadcast news analysts is seen to have little or no change. The substantial decrease in advertising revenue, mergers among television channels and news sharing are factors that contribute to the bleak outlook of this occupation in the coming years.

The educational entry point for one to work as a newscaster is a bachelor’s degree in journalism, communications, English, political science or related fields. Employers also prefer to hire graduates who already have experience in the field so internships in a news organization or work experience in a radio or television network are going to be vital. 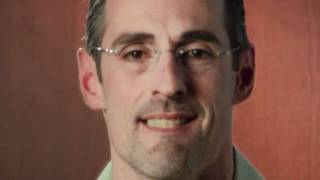 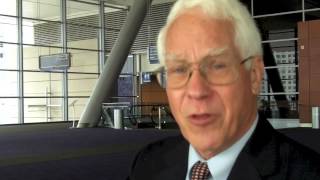 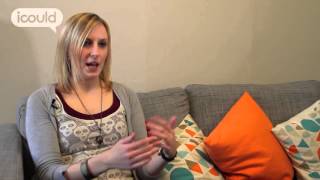