How To Become A Physicist

Physics is a branch of science that focuses on the properties of matter and energy. Physics is one of the oldest academic disciplines. A physicist is interested in understanding how the universe behaves. Physicists often spend much of their time conducting research, trying to understand their field better. This research often leads to significant contributions to science and technology. To become a physicist, it takes several years of education and experience, including a doctoral degree.

Why Become A Physicist

Physics is one of the most foundational building blocks of nature and science, and because of this many other areas of science often intersect with physics, such as chemistry, biology and environmental sciences.

Many physicists specialize in a certain branch of their field. Astrophysics is the study of stars and other structures within the universe, evolution, the sun and solar activity. Geophysics is how physics relates to our planet. Laser physics deals with optics, and the theoretical and practical use of lasers. Engineering physics is the intersection of physics, mathematics, and engineering. There are many fields and specialty areas for a physicist to choose from, because physics affects many areas of human life.

A physicist spends much of their time conducting research. They develop models and scientific theories that help explain their findings. They conduct experiments, using specialized equipment. They make calculations to analyze their data, and use computer software to help them with their research. Once they have their findings, they write up reports and scientific papers, explaining the significance of what they have found. They may present their research to the larger scientific community, or go to conferences. As a scientist, they often rely on grants in order to conduct their research, so they may spend time applying for grants.

This is a great career choice for people who love physics, are good at conducting experiments and doing research, and want to help advance the field of science.

Physicists should possess the following qualities and skills:

Many physicists work for the federal government. NASA and the Department of Defense are the largest employers of physicists. As part of NASA, for example, physicists may work as engineers, rocket scientists, and astrophysicists. A physicist spends most of their time conducting research. A physics laboratory is fully stocked with equipment necessary for experiments. A physicist spends much of their time in their office, researching, conducting experiments, writing reports, and analyzing data. This is a full time position.

The median annual salary for a physicist was $115,870 in 2016, according to the United States Bureau of Labor Statistics.

Stats were based out of 16,710 employed physicists in the United States.

Employment for physicists is expected to grow by 7 percent from 2014 to 2024, which is average, compared to other occupations in the United States.

Many physicists are employed by colleges and universities. Others are employed by research institutions, or by the federal government. There has been a decline in the spending of the federal government associated with the sciences, and many scientists find it difficult to receive the money necessary to fund their research. Many try to seek out grants to fuel their research work. Government funds and budget cuts may cause a lack of hiring for science positions.

If you would like to become a physicist, read below for more information.

Step 1: Undergraduate education. You must have a bachelor’s degree in order to become a physicist. A major in physics is most common, but there are many other programs in college that you can choose from. Often people take classes in college such as introduction to physics, optics, electromagnetism, thermodynamics, mechanics, quantum mechanics, and more. These courses will help you decide if a career as a physicist is appropriate for you. It takes four years to receive a bachelor’s degree.

Step 2: Graduate school. In order to become a physicist, you will need to attend graduate school. Careers in research institutions, university positions, and government jobs are available to those who have earned a PhD in their field. There are many universities that offer doctoral programs in physics. Choose a university that is recognized for their superior physics program. Apply, get accepted and enroll. In a physics program you will have more advanced physics coursework. You will also get a hands-on look at physics and be actively involved in physics research. It takes approximately five years to earn a PhD in physics. 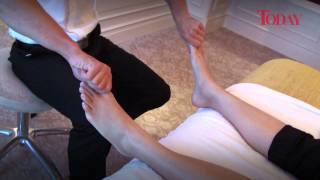 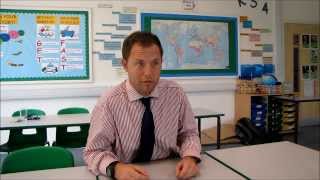 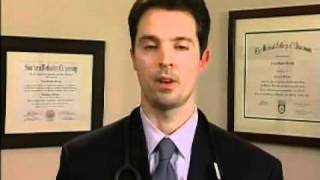