How To Become A Police Officer

A police officer is assigned to patrol a particular area and look out for any activity that is illegal or out of the ordinary. If there are suspicious activities, you investigate. You will usually be working with a partner while you’re on duty.

You will also responding to both emergency situations as well as non-emergency ones, such as helping an elderly person cross the street. Some of the emergencies that you could be asked to go to include medical problems, i.e. someone having a heart attack at home, disaster rescue and imminent dangers to life and limb such as when a robber has entered a person’s house. If you happen to be assigned on traffic duty, you will ensure that traffic flows smoothly. If there are drivers that are violating traffic rules then it is your job to stop them and issue them citations.

The more exciting and dangerous part of the work of police officers happen when you are apprehending suspects caught doing something wrong. This includes those arrests made in the person’s home or place of work authorized by a warrant that you had obtained from the court. Although Hollywood movies may have exaggerated those car chase sequences a bit, motor vehicle pursuits and exchange of gunfire are all part of the job of a police officer.

The work of a police officer is not all action-packed. It also entails a lot of paper work involving the cases you are handling. You will fill out forms and write comprehensive reports for every case. You investigate cases so you can resolve these and when called to, you will testify in court.

Police officers face a lot of physical and psychological demands in their job. Since you will be running after and arresting suspects, you will have to be physically fit and healthy. You also face humanity at its worst when you respond to crime and accident situations which showcase violence, suffering and death. This requires a high degree of mental and emotional preparation. You also have to empathize with what people are going through especially when they are the victims of a crime. The willingness to serve the public is also a trait that all police officers should have.

In addition, you should also exhibit good judgment. You will be placed in a lot of critical situations in your job where any action you take can either save or hurt people. As a person of authority, you need to have leadership skills as well. Aside from being very visible in your area of jurisdiction, you will also be taking charge of emergency situations where a commanding presence is needed to get people to act or to calm a tense situation.

Why Become A Police Officer

Notwithstanding the constant danger that police officers face every day, there are many reasons to become a police officer. For starters, it’s a very noble profession. People look up to police officers because they see to it that neighborhoods are kept safe and secure. You ensure that the law is followed. Nothing is more fulfilling than knowing that you are part of the system that keeps order in society.

Becoming a police officer may not be the safest of careers to go into but for those who have the desire to keep families and citizens safe from the lawless elements of society, this is a very fulfilling profession. It still provides an above-average compensation package considering the overtime pay and other benefits that they receive.

Going home each day after you’ve helped people no matter how seemingly negligible the deed is a very satisfying feeling. While the pay is not as lucrative when viewed side by side with the dangers of the job, it is decent. There are also opportunities for advancement in the profession and the chance for early retirement as well.

Police officers are typically employed by local governments, with some working for state governments or the federal government. They work full-time but shift work is common since they have to provide protection for 24 hours a day. New hires usually take on the undesirable work schedule such as graveyard shifts, weekends and holiday work since more experience police officers get preference.

Due to the nature of the job, injuries and illnesses are common, especially when they are going after criminals. They may be subjected to high-risk situations because they are often the first to respond to these incidents. Because it is demanding and dangerous, a career as a police officer is very stressful but it is rewarding career.

The 2016 Occupational Employment and Wages report of the US Bureau of Labor Statistics revealed that the mean annual wage of police officers is $61,600. This is higher than the $44,220 paid to bailiffs, correctional officers and jailers but lower than the $79,030 received by detectives and criminal investigators. Fish and game wardens also got lower pay at $50,470. Transit and railroad police were paid slightly lower at $58,200.

Aside from pay, police officers are given uniform allowances. They also have a lot of benefits and can retire younger than the usual retirement age after having served the police force for a specified number of years. They also have a chance to increase the pay they receive because overtime work is common. There were more police and detectives who joined a union in 2016 than workers of other occupations, data from the US Bureau of Labor Statistics showed.

Because this is a law enforcement career, another plus that police officers enjoy that other occupations don’t is the chance to retire early after a certain number of years in the service.

Stats were based out of 662,390 employed police officers in the United States.

The US Bureau of Labor Statistics revealed that the job outlook of police and detectives is set to rise five percent in the decade covering 2012 to 2022, a rate that is slower than the average for all job types. Although the continued thrust of governments to maintain peace and order will spur demand, the employment of police officers will still be dependent on the budget of the local and state governments.

Budget cuts will mean that not many police officers will be hired even if they are needed. The best job prospects will go to those applicants who have previous experience with law enforcement or once worked with the military.

The entry point to apply to become a police officer is at least a high school diploma or GED although some police departments require applicants to have a college degree or have taken at least some courses in college. They must also be at least 21 years old, possess a driver’s license and be a US citizen. Knowing how to understand, speak and write in a foreign language also helps an application and may even be necessary in some agencies and geographical work locations.

The road towards becoming a police officer is long and rigorous. Applicants have to hurdle physical exams and written tests. They may also have to go through various interviews, pass a lie detector test and come clean in a drug test. A background investigation is also mandatory. Those with previous or present criminal records are most likely going to get disqualified. After they get conditionally hired, they are trained in a police academy before they start their careers. 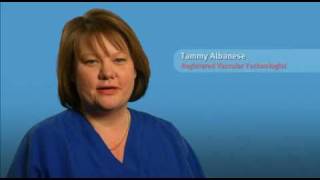 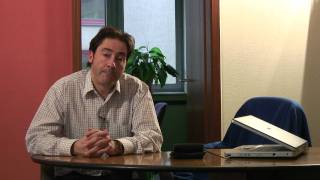 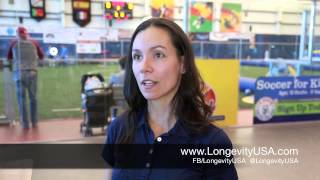