How To Become A Set Designer

A set designer is responsible for constructing the sets in film, television, and theater. Sets are one of the ways that a designer can visually communicate what the movie or play is about. Becoming a set designer is a great way to channel your creative energy. You will have the ability to see your designs come to life and make an impact in the entertainment world. Millions of people will be entertained because of the sets that you create. If you are fortunate, you may be able to network with famous people in your industry, such as directors, producers, and actors.

Many people watch films or television and wonder who creates those amazing scenes – that would be a set designer. Set designers spend the day in their office or on location, using the tools necessary to design the perfect set. Designers may have a background in architecture, interior design, fine art, or production. Set design requires a lot of artistic ability, because you are going to be drawing sketches of sets. This career field also requires mathematical skills, because you are going to need to be taking measurements, scaling everything to size, and building your sets.

Networking is important if you want to become a set designer. Many people who are set designers got their start by meeting the right people in the industry. There are many people who want to be involved in the entertainment industry, and it is important to do the hard work necessary to set yourself apart. If you have the determination and passion, as well as the skills, becoming a set designer could be a great choice for you.

Why Become A Set Designer

This is a great career field for people with an artistic talent who would like to get involved in the entertainment industry. This is not an easy field to break into, but with determination and hard work, many set designers can find work in this industry.

A Set Designer should possess the following qualities and skills:

A set designer is needed in many different places. They may work in a film studio, a television studio, or in a theater. Sometimes a set designer is needed on location. They will work as part of a team to help conceptualize the set being built. A set designer often travels from one place to another.
Set designers work long hours. Many work ten or more hours a day, helping to design sets. Some designers may spend eight or more hours drafting a set, either on paper or using computer technology. It takes many hours of labor to put a set together, and set designers put in a lot of time to crafting their sets perfectly.

According to the United States Bureau for Labor Statistics, the median salary for set designers was $53,000 in 2016. Salary may vary due to a number of different factors, such as education, experience, location, industry, and more.

Stats were based out of 11,490 employed set designers in the United States.

There are certain areas of the United States where set designers may be better able to find employment opportunities. Los Angeles and New York City both have large entertainment industries; in these metropolitan areas, there will be more positions available for set designers. A person looking to go into set design will not have much luck in a small, rural town.

According to the United States Bureau for Labor Statistics, there is expected to be a five percent growth rate for jobs in set design from 2014 to 2024, which is average compared to other industries.

A person who wishes to go into set design must have the proper education, experience, a strong skillset, and have connections to the entertainment industry.

Step One: Undergraduate Degree If possible, attend college in a large city such as New York City or Los Angeles, where you will be in close proximity to people who are involved in movies and television. Enroll in a program such as set design, interior design, fine art, theater, architecture, or a related field. You will want to take classes where you will be given opportunities to learning about drafting, rendering, lighting and sound. Art classes are important to take, as well as math classes and computer design classes. Make sure that you get trained in the programs set designers use: AutoCAD, SketchUp, Maya, Photoshop, Illustrator, VectorWorks, and more.

Step Two: Internships Apply for an internship during the summer at either a film or television studio or theater – whichever area of the industry you are interested in. This is an important way to network with people in the entertainment world and show them your capabilities. Interning is your first step to landing a job once you graduate from college.

Step Three: Portfolio As you gain experiences in the field of set design, be sure to build a portfolio. This is something that you can have on your own personal website, or a physical portfolio you can take to interviews to show hiring managers the work that you have done. It is always a good idea to keep track of your work so that you can look back on it. 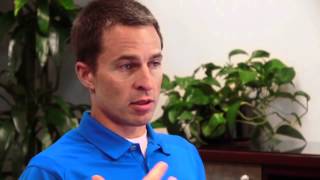 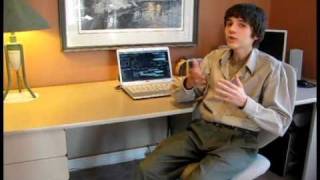 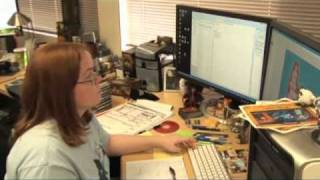