How To Become A State Trooper

A state trooper performs similar responsibilities as that of police officers as far as law enforcement is concerned. Most of your time will be spent on making sure that traffic rules are being followed. You will be issuing ticket violations to motorists who violate traffic laws.

When it comes to law enforcement, you will intercede in disputes and issues to ensure the welfare and safety of the general public. You will assess the situation at hand to determine if laws have been violated. If necessary, you will apprehend suspects and pursue those who will resist arrest. You will also respond to emergencies and provide first aid and rescue to those involved in vehicular accidents or medical emergencies. You are also called upon to aid those caught in the middle of natural disasters like typhoons and earthquakes.

To succeed as a state trooper, you need to have the physical strength and stamina to do the job since you will have to exert effort when chasing and apprehending suspects. You will also need to exhibit good judgment since you could be placed in situations where you need to provide quick solutions to various problems before they escalate. You also need to be perceptive since you need to determine if a suspect or witness you are interviewing is telling the truth.

In emergency situations, perceptiveness will also allow you to read how a person will act and in so doing, you will know how best to respond. Since people look to you for help and guidance especially in times of crises, you also need to possess excellent leadership skills.

Why Become A State Trooper?

One reason to become a state trooper is that it allows you to perform a great service to the public. Protecting people from harm by apprehending criminals and ensuring that streets are safe by going after drunk drivers and arresting abusive motorists is a very important job.

On the more practical side of things, it’s relatively easy to qualify since the minimum educational requirement is only a high school diploma although passing the rigorous screening process is another story. State troopers also receive above average compensation packages.

State troopers typically work for state governments. As mobile patrol officers, they spend most of their time in their cars as they patrol highways and other areas of the state. Law enforcement departments in small towns and rural areas can also ask for their assistance in enforcing laws or apprehending criminals.

Due to the nature of their work, state troopers have to work under all kinds of weather during their assigned shift. Just like other law enforcement positions, state troopers put themselves on the line every time they report for work.

The U.S. Bureau of Labor Statistics revealed that the job outlook of police officers, which include state troopers, is slower than the average for all job types. From 2012 to 2022, the employment rate is set at five percent. The demand will come from the need to ensure public safety but the actual number of state troopers and other police officers who will be employed will depend on state budgets. The best prospects will go to those who hold bachelor’s degrees and have law enforcement experience.

The minimum educational requirement to become a state trooper is a high school diploma or GED, although some states prefer applicants to hold college-level courses or have a college degree. Applicants also have to pass age, citizenship, physical agility tests, interviews, background checks and other requirements before they are conditionally hired for the position. They would then need to pass the training from the police academy before they become full-fledged state troopers. 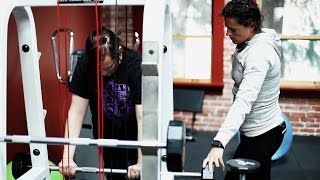 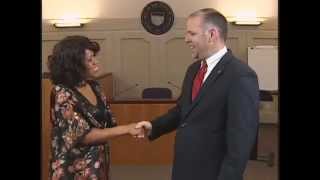