Home / Career Finder / Should I Double Major In Computer Science And Math?

Should I Double Major In Computer Science And Math?

"I have been considering whether or not I should become a double major. I’m a computer science major right now, and I’m aiming to work in that field after I am out of school. It seemed most logical to consider a double major in CS and mathematics. I was going to just go ahead and sign up, but I ran into a friend who told me that her advisor told her it was a bad idea. I don’t see why. It seems pretty intuitive to me. I don’t understand why I wouldn’t want to do this. The math I learn should be supremely helpful in programming. Should I double major in math and computer science or not?"

asked by Stephen from Arlington, VA

It is not uncommon for advisors to discourage double majors like these. It’s also not uncommon for students to double major in math and computer science. It is probably one of the most common double majors there is. Many of the courses may overlap (more in some schools than in others). This may make it an approachable task. And as you mentioned, the logic skills you gain in your math classes may assist you with programming tasks. That said, there is no guarantee you will like both or excel at both, and both can be very challenging, even for those with natural talent.

Why are students sometimes discouraged from pursuing both as a double major? There are a couple of reasons. At the schools where advisors try to steer students away from the double major, it is generally because the overlap is not as big or the math program is particularly intense. At other schools where the programs are less intense, you may not encounter this attitude.

Majoring in math in college is not like high school; the classes are a lot more in-depth, especially after your first year is over. Mathematics is a very abstract field in many ways, and jumping into a math major is like embarking on a journey through very challenging terrain in an abstract universe. Computer science is rarely a walk in the park either—most students find it difficult. You will be dividing your time between two majors which are very tough on their own. Doing both at once will be more than twice as hard, because you will be stretching yourself so thin, and may feel pressed for time and energy. Not all students do well when they are trying to keep up with two very hard majors simultaneously.

The other reason you may be discouraged is because graduate school admissions boards (and sometimes employers) may look at your double major with uncertainty. They too may question how thinly your time and resources were distributed, and question whether you learned one or both the subjects well. You will have to be able to demonstrate that you did. If you have to choose, choose to learn the most about the subject you plan to pursue for a living (in your case, CS).

How do you make your decision? A good start would be a conversation with your own advisor, who should know more about the way that classes are structured at your university. If your advisor advises against a double major, he or she will be able to tell you the specific reasons for the advice, and you will be able to make an informed decision about whether to do it or not. You also may want to think about talking to someone on the graduate school admissions board. Find out how they feel about double majoring like this when they see it on transcripts, and whether they look favorably on it or not. While the same rules may not apply at another admissions board, the conversation will at least give you some insight you would not otherwise have had.

You also can interview students who actually are double majoring, and find out what it is like. Remember that your mileage may vary. One person’s impossible double major may be another person’s piece of cake. So when you listen to opinions, take into account your own skills, interests, and abilities, and try to translate the experiences you hear to your own situation.

If you are very keen on getting the math education, but you are steadily advised against the double major, you might still consider getting the double major, but consider other options as well. For example, you might major in computer science, and minor in math. This is a good way to get some extra math classes under your belt without the pressure of completing a full major in the subject. You also could choose to be more informal about it, and simply major in computer science and fill your elective spaces with math classes. If you meet the requirements for a minor, you can then declare further down the line. That way you can put the minor on your applications and resumes.

There is no right or wrong answer to your question, because your question is subjective, and asks for subjective advice. If you start asking around at your university, my guess is that you will find some people who love double majoring and others who hate it. Some people will tell you it is the best decision you could possibly make; others will tell you to avoid it at all costs.

Ultimately you will have to think about the benefits and drawbacks of the double major and decide whether double majoring is right for you. One great thing about going to college is that if you change your mind after your first year or two, you can always drop one of your majors, or pick one up (assuming you have been filling your elective spaces with math courses). You do not need to have an answer set in stone right away. You have a couple of years to get your answer squared away. Just stay on target and keep your options open for now. 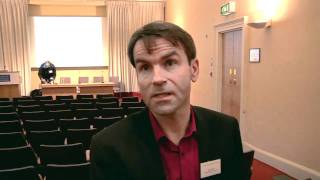 Mathematician is an occupation which can involve exploring mathematical theory or applying that theory to practical applications in engineering, physics, and other fields. Mathematicians are able to a[...] 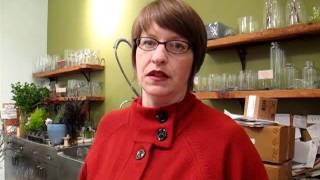 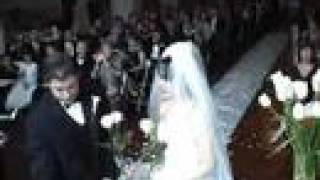